Just-Right Design of the Forces of Physics

Preview
This article examines the fine-tuning scientists have discovered in the laws of physics which govern the universe.  Indeed, the laws of physics are so amazingly fine-tuned that even a well-respected secular scientist has commented the evidence “suggests that a super intellect has monkeyed with physics.”

As discussed in An Introduction and Summary of the Evidence for the Existence of God from Design >>, Christian apologists maintain that the hundreds of finely-tuned features scientists have discovered in the universe (all of which are necessary for life to exist) are most reasonably explained by the existence of an intelligent, transcendent Designer (like the God described in the Bible) rather than mere chance as proposed by Naturalists.

This article discusses the fine-tuning which scientists have discovered in the four fundamental forces of physics in the universe:  1) gravity,  2) electromagnetism, 3) the strong nuclear force and 4) the weak nuclear force.

Not only must all of the fundamental forces operate individually within just-right parameters, but all four forces of physics must work perfectly together for life to be possible anywhere in the universe.

A Just-Right Force of Gravity 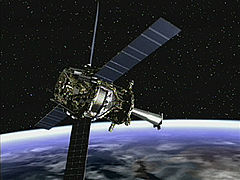 The force of gravity must be just-right for life to exist anywhere in the universe.

The electromagnetic force is what causes certain life essential chemicals to form.

If the electromagnetic force was stronger than it is, some of the chemicals essential for life (e.g., carbon and oxygen) would not bond together and other life-essential elements would be too unstable for fission to occur. If the electromagnetic force were weaker than it is, chemicals could not bond properly and there would be insufficient carbon and oxygen to support life.

The electromagnetic force must be just-right for life to exist anywhere in the universe. 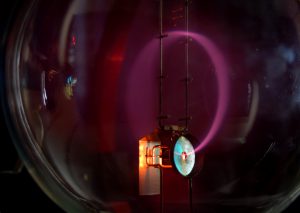 The strong nuclear force keeps protons and neutrons inside the nuclei of an atom.

If the strong nuclear force was stronger than it is, hydrogen would not form and nuclei essential for life would be unstable. If the strong nuclear force was weaker than it is, no elements other than hydrogen could exist. There would be no carbon, oxygen, nitrogen, sodium, potassium, iron or any of the other life essential elements. [See, Lee Strobel, Case for a Creator, pgs. 130-131 (2004) citing to discussions with Robin Collins, Ph.D.]

The strong nuclear force must be just-right for life to exist anywhere in the universe.

The weak nuclear force must be just-right for life to exist anywhere in the universe.

All four fundamental forces of physics must not only exist and exert the just-right amount of force, but all four (4) forces must work perfectly together for life to be possible anywhere in the universe.  Even Stephen Hawking (one of the world’s most renown physicists) has recognized the extreme fine-tuning that exists in the system of physical laws that govern the universe:

“The laws of nature form a system that is extremely fine-tuned, and very little in physical law can be altered without destroying the possibility of the development of life as we know it. Were it not for a series of startling coincidences in the precise details of physical law, it seems, humans and similar life-forms would never have come into being.” [Stephen Hawking and Leonard Mlodinow, The Grand Design, pgs. 160-161 (2012)]

Only because the four fundamental forces operate within just-right parameters and work perfectly together is life possible in the universe.

Taking all of the fine-tuned features that must exist in a life-permitting universe into consideration, Donald Page of Princeton’s Institute for Advanced Science has calculated that the odds of the universe developing by blind, random chance into a form suitable for life as one chance in 10,000,000,000124here >>,  which is a number so large that it exceeds all imagination. [Ravi Zacharias, The End of Reason, pg. 35 (2008)]

Slideshow Photo: This photograph was cropped from a photograph depicting lightning striking over Launch Pad 39A at the Kennedy Space Center in Florida, USA.  The photo was provided to NASA courtesy of Justin Denieve / EPA.  It was downloaded from www.nasa.org. (Back to article >>)

Gravity Probe B Satellite:  Photograph of the Gravity Probe B satellite containing four gyroscopes used to measure how space and time are warped by the presence of Planet Earth.  Downloaded from www.wikikmedia.org which states the image is in the public domain because it was solely created by NASA. (Back to article >>)

Photo of Electrons in Magnetic Field:  Photograph taken by Marcin Bialek shows a beam of electrons moving in a circle in a magnetic field. Downloaded from www.wikimedia.org which states the image is licensed under the Creative Commons Attribution-Share Alike 3.0 Unported, 2.5 Generic, 2.0 Generic and 1.0 Generic license. (Back to article >>)