Just-Right Design of the Universe

Preview
One of the most spectacular design features scientists have discovered in the universe is the exquisitely precise rate at which the universe has expanded from its beginning (which scientists refer to as “the singularity”).

As discussed in An Introduction and Summary of the Evidence for the Existence of God from Design (here >>), Christian apologists maintain that the hundreds of finely-tuned features scientists have discovered in the universe (all of which are necessary for life to exist) are most reasonably explained by the existence of an intelligent, transcendent Designer (like the God described in the Bible) rather than mere chance, as proposed by Naturalists.

This article examines the exquisitely fine-tuned features scientists have discovered in the expansion rate of the universe. 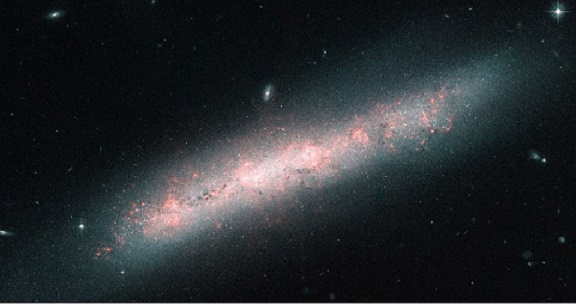 If the universe had expanded even slightly faster than it has, gravity would not have been strong enough to permit galaxies to form and without galaxies (and specifically the just-right type of galaxy) no life would be possible (more >>).

The Mass Density of the Universe is Just-Right

The preciseness of one part out of 1060 is like firing a bullet toward the other side of the observable universe, twenty billion light years away, and nailing a one-inch target!  —  William Lane Craig [On Guard, pg. 109 (2010)]

The Energy Density of the Universe is Just-Right

Dark energy plays a very significant role in determining the rate that the universe expands. It has now been calculated that the level of dark energy density had to be fine-tuned to one part in 10120 for life to be possible anywhere in the expanding universe.  “[I]f the universe expands either too rapidly or too slowly at different epochs throughout cosmic history, the stars and planets essential for life either will never form or will form at the wrong times.” [Hugh Ross, Accumulating Evidence for Dark Energy and Supernatural Design, (2011) (www.reasons.org)] 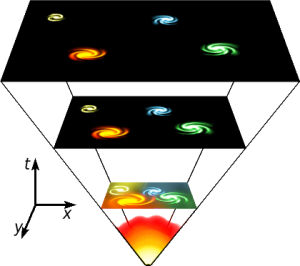 Illustration of the Expansion of the Universe (more >>)

In sum, without the expansion rate of the universe (which is governed by its mass density and space-energy density) being very precisely fine-tuned, no life would be possible at any time or any place in the universe. [See, Hugh Ross, The Creator and the Cosmos, pgs. 53-54, 150-151 (2001)]

Taking all of the fine-tuned features that must exist in a life-permitting universe into consideration, Donald Page of Princeton’s Institute for Advanced Science has calculated that the odds of the universe developing by blind, random chance into a form suitable for life as one chance in 10,000,000,000124here >>,  which is a number so large that it exceeds all imagination. [Ravi Zacharias, The End of Reason, pg. 35 (2008)]

Hugh Ross, The Creator and the Cosmos: How the Greatest Scientific Discoveries of the Century Reveal God (Navpress; 2 edition, 1995)

Slideshow Photo: A 1998 mosaic photo of deep space taken and composed by NASA/ESA.  The mosaic depicts the deepest visible/ultraviolet light image of the universe that has ever been captured and shows galaxies down to the 30th magnitude. The bright light in the mosaic is a beacon of a distant quasar.  (Back to article >>)

Galaxy NGC 4700:  ESA/NASA .  Downloaded from www.wikimedia.com which states the image is licensed under the Creative Commons Attribution 3.0 Unported license. (Back to article >>)