Who Were the Wise Men (Magi)? Why Would they Travel to Bethlehem to Worship a Jewish King?

As recorded in the Bible, after observing a “star” (aster) which was a sign to them that a Jewish king had been born in Judea, wise men (Magi) from the east arrived in Jerusalem looking for the Jewish king:

“After Jesus was born in Bethlehem in Judea, during the time of King Herod, Magi from the east came to Jerusalem and asked, “Where is the one who has been born king of the Jews? We saw his star (aster) when it rose and have come to worship him.” — Matt. 2:1-2 (NIV)

This article discusses who the magi were, where they came from and why they would travel to Bethlehem from a foreign country to worship a Jewish king.

WHAT INFORMATION DOES THE BIBLE PROVIDE ABOUT THE WISE MEN (MAGI)?

The only biblical account of wise men (Magi) arriving in Jerusalem looking for one “born King of the Jews” is found in Matthew 2:1-12.

Traditionally, English translations of Matthew have used the word “Magi” although the King James Version (KJV) and American Standard Version (ASV) use the term “wise men.”  A few translations (e.g., the New English, the Living Bible and the Phillips) use the term “astrologers.”

In sum, Matthew 2:1-12 provides the following historical information about the Magi:

COMMON MISCONCEPTIONS ABOUT THE
MAGI REFERENCED IN THE BIBLICAL ACCOUNT

A reading of the biblical account of the Magi (Matt. 2:1-12) reveals several misconceptions about the Magi commonly portrayed in commercialized versions of the Christmas story:

WHY WOULD MAGI FROM ANOTHER COUNTRY
TRAVEL TO BETHLEHEM TO WORSHIP A JEWISH KING? 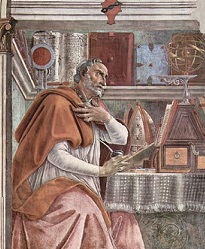 As summarized by Paul Maier (a professor of ancient history), extra-biblical references to Magi indicate they were originally a clan of the Medes who formed the priestly class in Persia (modern-day Iran). They were well-educated, specializing in medicine, religion, astronomy, astrology, divination and magic. [Paul Maier, “The First Christmas” (2001)]

Colin Humphreys (professor at Cambridge University and a proponent of the comet proposal for the Christmas “star” (more>>) documents the following:  “According to Herodotus (1:101), Magi existed in Persia in the sixth century BC, they were a priestly group among the Medes who performed religious ceremonies and interpreted signs and portents… “…[F]rom the fourth century BC onwards Magi were increasingly associated with astronomy and astrology….”

As noted by Christian apologist, Rick Larson (a proponent of the Jupiter proposal for the Christmas “star” aka aster (more>>), although Magi were generally considered to be magicians or astrologers, around the time of Jesus’ birth (7 B.C. – 2 B.C. more>>) a Jewish philosopher by the name of Philo of Alexandria (20 B.C. to 50 A.D.) described a certain Persian school of Magi as “pseudo scientists” [See, Rick Larson, The Bethlehem Star, DVD (2006)] 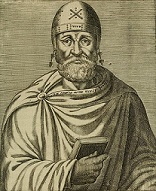 “Among the Persians there exists a group, the Magi, who investigating the works of nature for the purpose of becoming acquainted with the truth. . . initiate others in the divine virtues, by very clear explanations.” — Philo
[Philo, Every Good Man is Free, 74; see also, On Special Laws 100]

Moreover, both Rick Larson and Hugh Ross (a proponent of the recurring nova proposal for the Christmas star (more>>) suggest the Magi referenced in Matthew 2 may have been part of the legacy of the Jews who were transported to Babylon from Jerusalem after King Nebuchadnezzar II of Babylon besieged Jerusalem in 605 B.C.

As recorded in the Book of Daniel, the Jews transported to Babylon by Nebuchadnezzar included Daniel, Shadrach, Meshach and Abednego (Dan. 1:3-4, 6).  These men were from the royal family and the nobility.  They showed  “aptitude for every kind of learning, well informed, quick to understand, and qualified to serve in the king’s palace.” (Dan. 1:4) Daniel was eventually appointed to be the “chief governor over all the wise men of Babylon” (Dan. 2:48)

At the time of Jesus’ birth, Babylon was part of the Persian Empire having been conquered by Cyrus the Great (king of Persia) in 539 B.C. [See, Rick Larson, The Bethlehem Star, DVD (2006); Hugh Ross, “The Christmas Star” (updated 11/2010)] Babylon remained part of the Persian empire until about 650 A.D. Babylon is presently located approximately 55 miles south of Bagdad, Iraq.

As noted by Hugh Ross, Daniel 9:25 is the only biblical passage that gives a time line of the Messiah’s coming. Since Daniel recorded this prophecy while he was serving in the Persian court and since Daniel had a history of speaking out boldly about his God (see, e.g., Daniel 2:27-28; 5:18-23), Ross maintains there is a reasonable basis for presuming the sages in Persia were aware of Daniel’s prophecy and had reason to be looking for a sign of the coming of the “Anointed One” (the Messiah) around the time of Jesus’ birth. [See, Hugh Ross, “The Christmas Star” (12/02)]

In sum, many Christian theologians and apologists propose the Magi were most likely a legacy of the Jews transported to Babylon by Nebuchadnezzar or they at least believed in the God of Israel:

Regardless of their particular heritage or beliefs about the God of Israel, Magi visiting other countries was not a particularly unusual event in biblical times.

Not only are there historical references to Magi visiting kings and emperors in other countries, but Josephus (a Roman historian) recorded that Magi had visited Herod several years earlier in about 10 B.C. See, Suetonius, Nero 13 and 30; Tacitus, Annals, 16:23; Dio Cassius, Roman History, 63:1) [Colin Humphreys, Science and Christian Belief, Vol. 5, pgs 83-101, “The Star of Bethlehem” (Oct. 1995)]

Due to the limited amount of information disclosed about the Magi in Matthew 2:1-12, it seems imprudent to draw firm conclusions about their identity.

However, historical evidence outside of the Bible indicates Magi from the east of Jerusalem (Persia, including Babylon) were well-educated men who studied astronomy. Historical evidence further verifies Magi had a reputation of traveling to other countries to pay homage to foreign kings.

Because Matthew’s account of the wise men (Magi) is consistent with extra-biblical historical descriptions of Magi from Persia, the account cannot be easily written off as made-up myth, as many skeptics attempt to do.

Likewise, because Christian apologists and scientists have proffered a handful of astronomical candidates which are consistent with Matthew’s description of the Christmas “star” (aster), it is unfair for skeptics to write off the account of the “star” as a made-up fiction. [See summaries of the proposed astronomical candidates in the article entitled “The Christmas Star – Fact, Fiction or Miracle? Summary and Introduction” here>> ]

Rick Larson, The Star of Bethlehem

Paul Maier, The First Christmas: The True and Unfamiliar Story

Slideshow Photo: A 1698 painting of City of Bethlehem and surrounding area by Dutch artist Cornelius de Bruijin (1652 – c. 1726/27). The image was downloaded from www.wikimedia.org which states the image is a faithful photographic reproduction of a two-dimensional work of art which is in the public domain in the U.S. and countries with a copyright term of life of the author plus 100 years or less.

Philo of Alexandria: A portrait of Philo of Alexandria by André de Thevet (1516 – 1590) downloaded from www.wikimedia.org which states the image is in the public in the United States, and those countries with a copyright term of life of the author plus 100 years or less.