Amazingly, Earth has all of the just-right features necessary to support life.

Even as far back as 2008, scientists had identified two hundred and sixty eight (268) characteristics Planet Earth has which makes it capable of supporting life. [See, Hugh Ross, Why the Universe is the Way it Is, pg. 123 (2008)]  Many of these characteristics are discussed in the book Rare Earth written by secular scientists and university professors, Peter D. Ward and Donald Brownlee.

To demonstrate the fine-tuned nature of the earth, this article highlights just a few of the just-right qualities Planet Earth possesses which make it possible for life to survive on the planet:

Earth Has a Just-Right Atmosphere

The more massive a planet is, the more gravitational force the planet has which, in turn, causes it to retain a denser atmosphere. For example, Mars (which has only has a mass 1/9th that of Earth) has a very thin atmosphere because it does not have enough gravity to hang onto a denser atmosphere. The moon is much smaller than Mars and, consequently, it has almost no atmosphere. Uranus and Neptune (the next largest planets after Earth) have such dense atmospheres that astronomers refer to those planets as gas giants because their atmospheres dominate the total mass of the planet.

If Earth’s atmosphere was too dense, not enough light or heat produced by the sun would penetrate to the surface of the planet to support advanced life. However, if Earth’s atmosphere was too thin, it would also be deadly to life, especially to advanced life. The toxic effects of too thin of an atmosphere are evidenced by the problems mountain climbers encounter when climbing Mt. Everest where the atmospheric pressure is just 1/3 less than that which exists at sea level: cerebral edema, pulmonary edema and abnormal blood clotting, all of which causes severe headaches, vomiting, shortness of breath, exhaustion, loss of balance, loss of muscle control, altered mental states, etc.

Earth Has All the Just-Right Forms of Water

Our everyday experience teaches us that all living things need liquid water to survive. Biochemists have also determined that for the molecules of life to work, they must reside in an environment that contains three forms of water: water vapor (found in the clouds), liquid water (found in rivers, lakes and oceans) and frozen water (found in snow and the polar icecaps).  Water vapor in the clouds protects life on Earth from deadly heat and radiation and frozen water in the form of snow and icecaps reflects solar radiation back into space keeping Earth’s temperature at a level that can support life. All three forms of water must be abundant and stable for Earth to remain habitable. 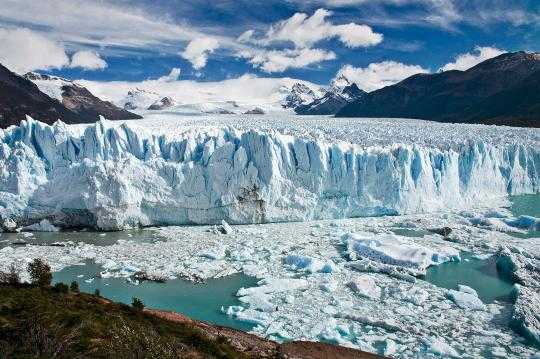 Earth Has a Just-Right Surface Temperature

If Earth’s overall average temperature were to increase more than a few degrees, all of Earth’s water would evaporate. On the other hand, if Earth’s overall average temperature was more than a few degrees cooler than it is, more ice and snow would develop which would reflect more of the sun’s heat back into space. This would cause Earth to get even colder which would result in more snow and more ice. If this cycle persisted over a long period of time, scientists predict that Earth would eventually experience a runaway freeze.

Earth has maintained a just-right surface temperature which has permitted life to exist and thrive on the planet for an extended period of time.

Earth Has a Just-Right Rotation Period

In order for a planet to support life, the rotation period of the planet (i.e., the time it takes the planet to turn on its axis one time) must fit within finely-tuned parameters of a few percent. Earth rotates once every 24 hours which keeps any portion of the planet (except for the ice cap regions) from getting too hot or too cold.

If Earth took too long to rotate, the temperature differences between opposing sides of the planet would be too great. The side facing the sun would get too hot and the side facing away from the sun would get too cold. On the other hand, if Earth were to rotate too quickly, it would experience a substantial increase in wind velocity which would kill off advanced life. For example, Jupiter rotates once every 10 hours which generates wind velocities of more than 300 miles per hour. Compare Jupiter’s 300 mph wind velocities to the 125 – 175 mph wind velocities generated by Hurricane Katrina which only lasted 7 days, yet, killed over 1,800 people and caused over 80 billion dollars in property damage.

Consider the 145 mph wind velocity in a video taken during Hurricane Charley in 2004 and published on YouTube by Ultimate Chase (ultimatechase.com) more >>:

Earth rotates every 24 hours, which is an ideal period of time to keep the planet at the just-right temperature to support life without generating wind velocities that could not be tolerated by advanced life.

Earth is referred to as the Goldilocks Planet because it has all of the 268 plus features scientists have discovered a planet must possess to be capable of supporting life.  These features include a just-right atmosphere, all the just-right forms of water, a just-right surface temperature and a just-right rotation period. [See, Hugh Ross, The Creator and the Cosmos, pg. 193 (2001); see also, Hugh Ross, Why the Universe is the Way it Is, pg. 123 (2008);  see also, Peter D. Ward and Donald Brownlee, Rare Earth: Why Complex Life Is Uncommon in the Universe (2000)]

Taking all of the fine-tuned features that must exist in a life-permitting universe into consideration, Donald Page of Princeton’s Institute for Advanced Science has calculated that the odds of the universe developing by blind, random chance into a form suitable for life as one chance in 10,000,000,000124>>,  which is a number so large that it exceeds all imagination. [Ravi Zacharias, The End of Reason, pg. 35 (2008)]

Ravi Zacharias, The End of Reason: A Response to the New Atheists(Zondervan, 2008)

Slideshow Photo: “The Blue marble” photograph of Planet Earth taken from  Apollo 17 (downloaded from www.nasa.gov and cropped).  This image was downloaded from www.wikimedia.org which states the image in in the public domain because is was created by NASA. (Back to article >>)

Photo of Earth’s Atmosphere:  NASA / ISS Expedition 23 crew (downloaded from www.wikipedia.org, “Atmosphere of Earth”.  This photo was taken from the International Space Station and depicts the sun setting over the Indian Ocean. (Back to article >>)